The Benzon Trading Company began in 1922 in Denmark by Niels Benzon and primarily imported Wahl-Eversharp pens to Denmark. Apparently, Benzon had worked at Wahl-Eversharp in the USA for a period of time, and he gained the exclusive rights to import Wahl-Eversharp pens to Scandinavia; this is similar to the setup that Olsen had with Parker pen import rights to Scandinavia. Also similar to Olsen and Penol, due to import restrictions in 1933 and a shortage of Wahl-Eversharp pens, The Benzon Trading Company in Copenhagen began production of their own line of pens, called Big Ben. Although most Big Bens have Big Ben nibs that correspond in size to the size of the pen (2, 4, 6, 8), many Big Bens are found with original Wahl-Eversharp nibs. Some of the pens were also called Big Brother, but this name was discontinued since it was too close to Parker’s Big Bro. A third name seen on Benzon pens is Axo. Benzon also had a subbrand of pens called Benco, much less commonly seen that Big Ben pens. Benzon produced some black hard rubber pens using the name Skribent (similar to Penol’s subbrand Skribent) and also, like Penol’s Skribents, were sold exclusively to the store Fyldepenne Magasinet. There was a significant amount of advertising in magazines and periodicals about Big Ben pens in Denmark in the 1930s and 1940s, but also pieces of ephemera, including large and small wooden pen replicas to advertise the Big Ben brand in department stores and specialty shops. Regarding the pens and pencils themselves, a variety of materials and colors were used to produce Big Ben with different filling systems (mostly piston, also button, aerometric, C/C). A unique filling system using a “reverse” piston filling mechanism was produced in Heidelberg, Germany by H. Hebborn & Co. Fabrik Fur Fullhalter & Fullbleistifte, with a British Patent No. 451168. As with Penol and other pen companies, the production of Big Bens ended in the 1960s. Unfortunately, there is not an extensive amount of knowledge available about the production numbers and specific versions of Big Ben pens, but there are several categories/series of Big Ben pen styles that can be identified as follows: 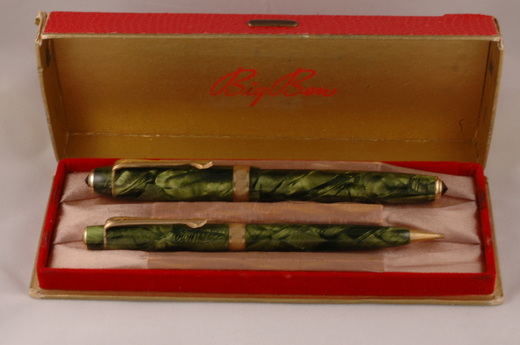 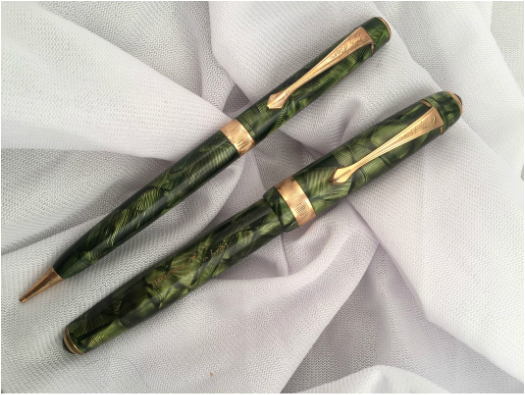 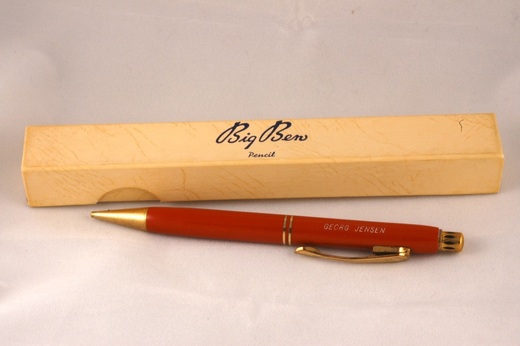 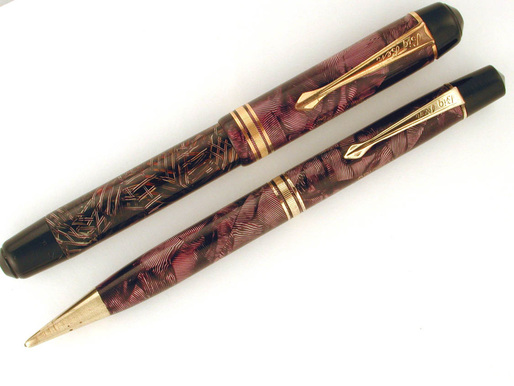 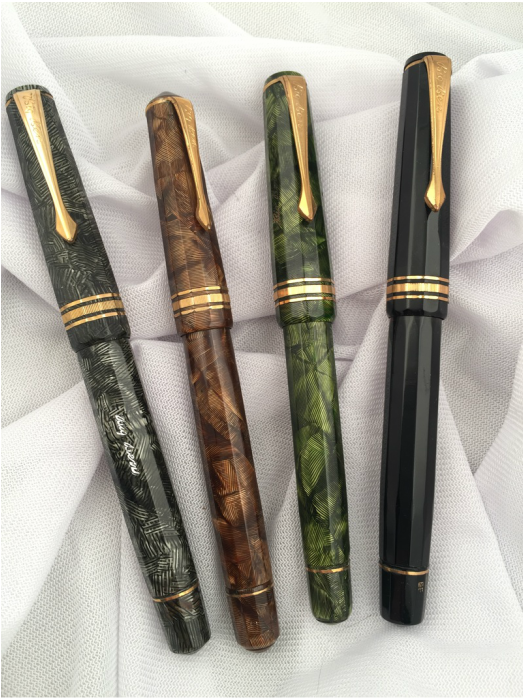 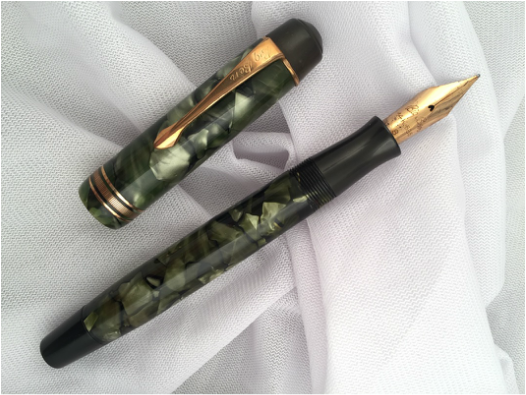 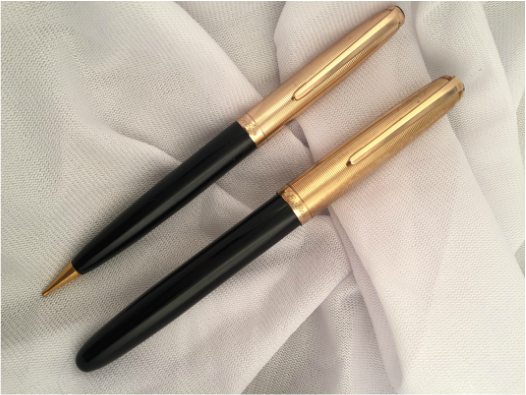 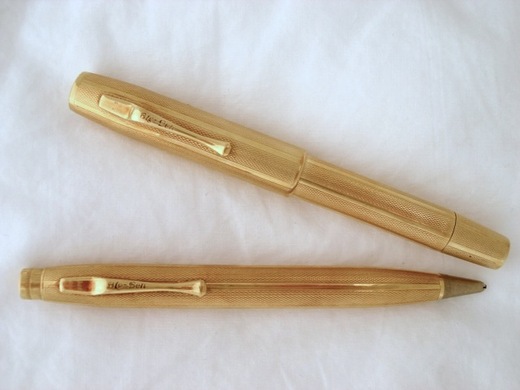 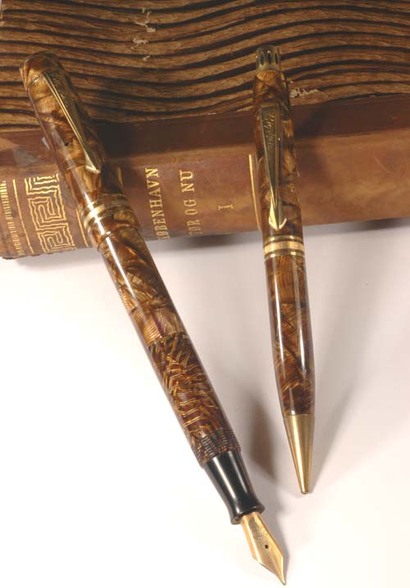 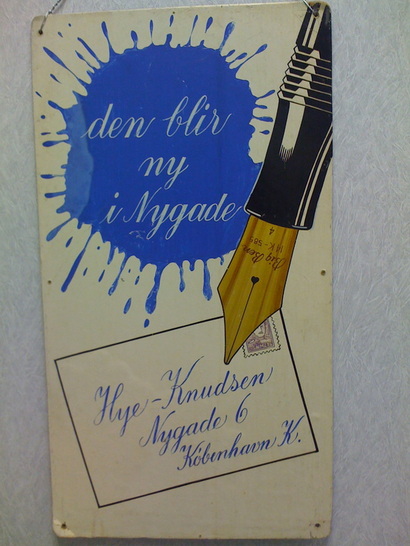 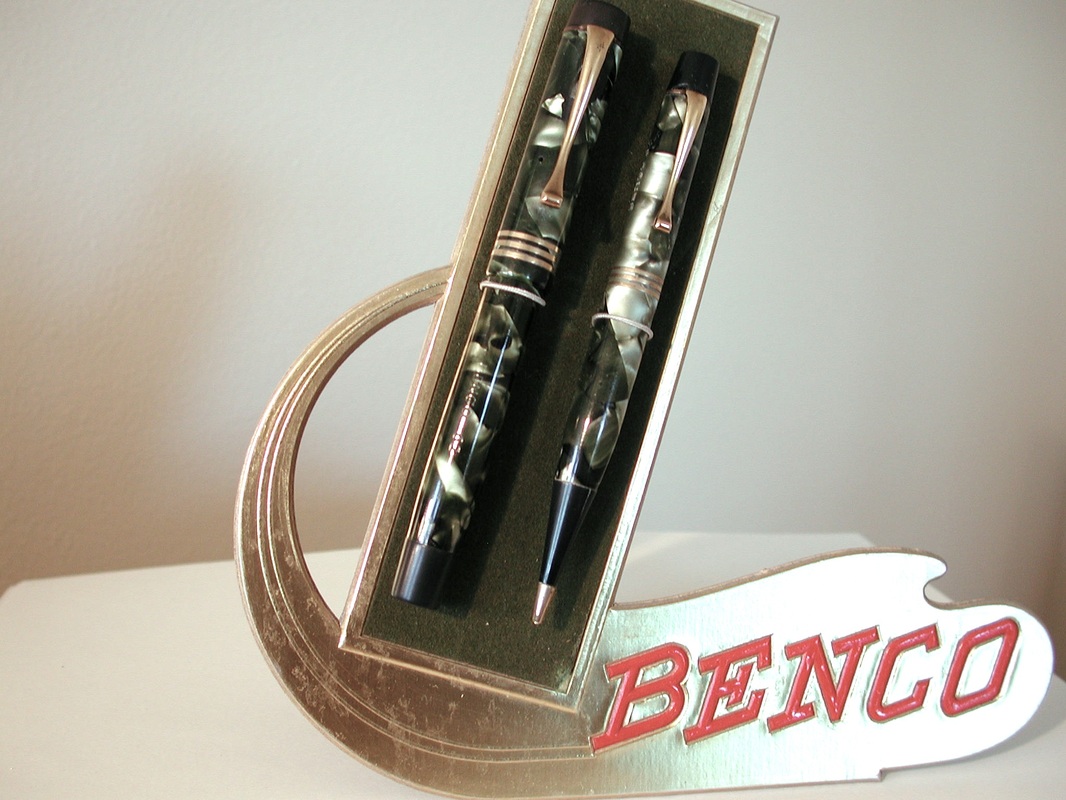